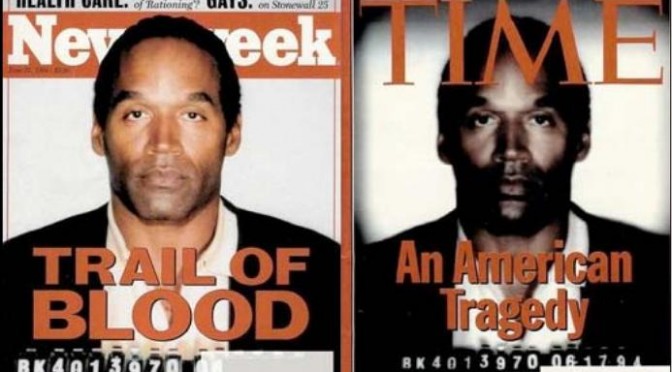 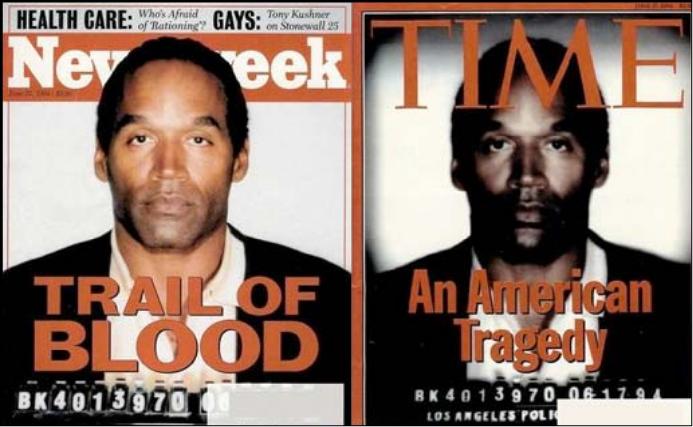 Justice or Just Us: The OJ Effect

The OJ Effect is the third section in the discussion on Justice or Just Us topic. The focus of this discussion revolves around the impact the media plays on race and justice in America and how that positively or negatively impacts the Black Community.

1. Does the media make more of some incidents/crimes with a racial component then it should and why or why not?

2. Do you feel that the media shows Black crime suspects pictures on purpose, why or why not?

3. What do you most remember about the OJ trial and which over arching issue stood out the most to you concerning society at large?

Why OJ some of you are asking?  Why would We name a section that has to do with the justice system and law enforcement include the likes of OJ Simpson?  The answer is simple, his first trial exposed everything wrong with the justice system.  We are not saying OJ did it, nor are we saying that the results of the jury were wrong.  However, the OJ trial brought out the dividing lines between rich justice vs poor justice, famous justice vs not famous justice, and black justice vs white justice. However, one of the unconscious effects of the OJ trial was the media coverage and how they played on peoples sensitivities and biases.  This type of media coverage has only been exacerbated by the politically leaning 24/7 news channels, and has helped to crystalize an environment of mistrust of one another and promote overarching assumptions about a situation before the facts are known. This unfortunately greatly impacts the Black Community due to the statistical representation of Us being accused and convicted of crimes.  Are the effects of the OJ trial assisting in the destruction of the Black community?

Please write in and response to our 3 poll questions or post some questions that you would like to see asked.  These question and more were addressed on MONTH/DAY/YEAR during the discussion which is now airing on YouTube @

5 thoughts on “The OJ Effect”