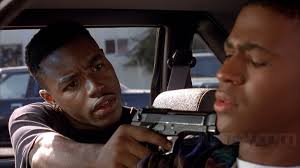 Black on Black Crime: Perceptions, Realities, and the Impact of Crime in the Black Community

Black on Black Crime is the fourth section within the topic of Justice or Just Us. The focus of this discussion is centered on the perceptions, realities, and the impact of Black on Black crime in the Black Community.

2. Do you feel that Black on Black crime is a ploy to make Blacks seem more dangerous or a big problem within the Black Community?

3. What do you feel is the biggest reason for Black on Black crime and what do you believe can be done to stop it?

Every time there is an incident that garners the attention of the “Black leaders” and the nation, some news network trots out the token spokes person to speak on behalf of all of Us against a “conservative” that no matter the situation see the victim as the one to blame.  The argument continues with both sides hardening their positions and then the conservative panelist drops the ultimate trump card…  “Well, where is the outrage when Black people are killing Black people in these neighborhoods?”  We’ve all seen this play out over and over again and each time it becomes more and more frustrating, because not only do We get blamed for crime in general, but We also have to be perfect victims in order for people to believe that We deserve justice….but I will digress from that subject.  To be fair though, just because some talking head may have an agenda attached to their rhetoric doesn’t make what they have to say automatically false.  There are high rates of crime in Our community and lack of opportunity and in some cases a lack of outrage over the horrific conditions We have been subjected to generation after generation.  With that being the starting point, let’s discuss how much Black on Black crime is to blame for the destruction of our community?

Please write in and response to our 3 poll questions or post some questions that you would like to see asked.  These question and more were addressed on MONTH/DAY/YEAR during the discussion which is now airing on YouTube.

2 thoughts on “Black on Black Crime”