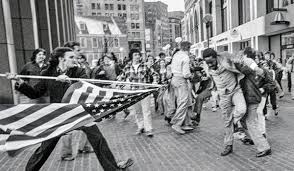 Integration: Did It Work

This is the first section within the topic on Integration.  This discussion will focus on whether the integration of America actually worked in the manner in which it was meant to and how the failures within its implementation impacted the Black Community.

1. Do you believe integration was ever implemented into American society, why or why not?

2. How do you think America would be fundamentally different if integration never happened?

One the most significantly singular events to ever happen within America’s history was the breaking down of the color barrier through a decree that all but mandated all people of all colors were free to go and do what they pleased.  Everything from education, restaurants, and even employment had become open to an entirely new segment of the population who had previously been denied their inalienable rights to the many promised freedoms and the pursuit of happiness in the land of the free.  However, not everyone was so keen on this sudden switch and reacted as any country who felt they were being invaded…violently.  They fought physically, legally, politically, and every other way possible to slow integration and to shield their loved ones from the effects of having to be around people who they previously deemed unworthy.  Through all the efforts of both the Black people who have tried to integrate and the white people who wanted things to continue as is, the question remains to this day of whether integration has helped in the destruction of Black Community?

Please write in and response to our 3 poll questions or post some questions that you would like to see asked.  These question and more were addressed on 2/21/2021.