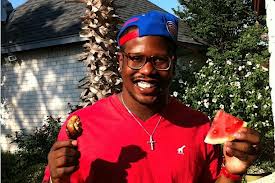 Self Hatred: Stereotypes – Rising Down

The second installment of the Self Hatred topic focuses on stereotypes of Black people and how it effects the Black Community.

2. Which stereotype about Black people is least accurate to you and why?

3. Which stereotype is the most offensive towards Black people to you and why?

Every race suffers their own version of negative stereotypes, but none are quite as negative as those aimed towards Black people.  If you were to stop for a second and try to think of all the negative stereotypes attached to Black people, you would be surprised at how many you could come up with.  The issue becomes even more depressing when you are forced to look in the mirror to determine if you are complicit in perpetuating the negative stereotypes through your actions.  Are We just as guilty as the people who created the stereotypes or is it all in Our heads and the heads of others?  Do stereotypes contribute to the destruction of the Black Community?

Please write in and respond to our 3 poll questions or post some questions that you would like to see asked.  These questions and more will be addressed during the discussion found on YouTube beginning on  09/13/2013.