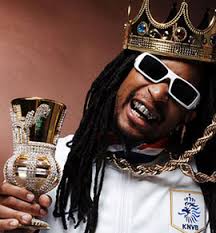 Trap Music is the second section within the topic of TV Imagery. The focus of this discussion is centered on the perceptions, realities, and the impact of Hip-Hop culture in the Black Community.

1. What impact has Hip-Hop had on your life?

2. Is the current Hip-Hop culture toxic or has it always been toxic or is it the same as it ever was?

Hip-Hop has become the language of the world.  It has the ability to give voice to political freedom fighters, disenfranchised youth, and the kid just trying to express themselves.  As positive as it can be, Hip -Hop is often portrayed as music for thugs and a thuggish lifestyle.  This portrayal becomes even more problematic when you realize the genesis of this genre was created by poor Black children looking for a way to express themselves in a none destructive way.  So why does both the Fox News follower and some older generation Black people agree that this culture is destructive to the Black Community?  As tired and unfair as this argument seems on the surface, there is something to be said about the glorification of some of the ills talked about in the music.  For every Fight the Power and Fuck the Police there is a Ten Crack Commandments or G’s Up Hoes Down.  So how can We as a community rectify this dichotomy in something so pivotal to Our daily lives? Is Hip-Hop culture, specifically the music, some how contributing to the destruction of Our community?

Please write in and response to our 3 poll questions or post some questions that you would like to see asked.  These question and more were addressed on 06/03/2020 in our Roundtable which is also available on YouTube.